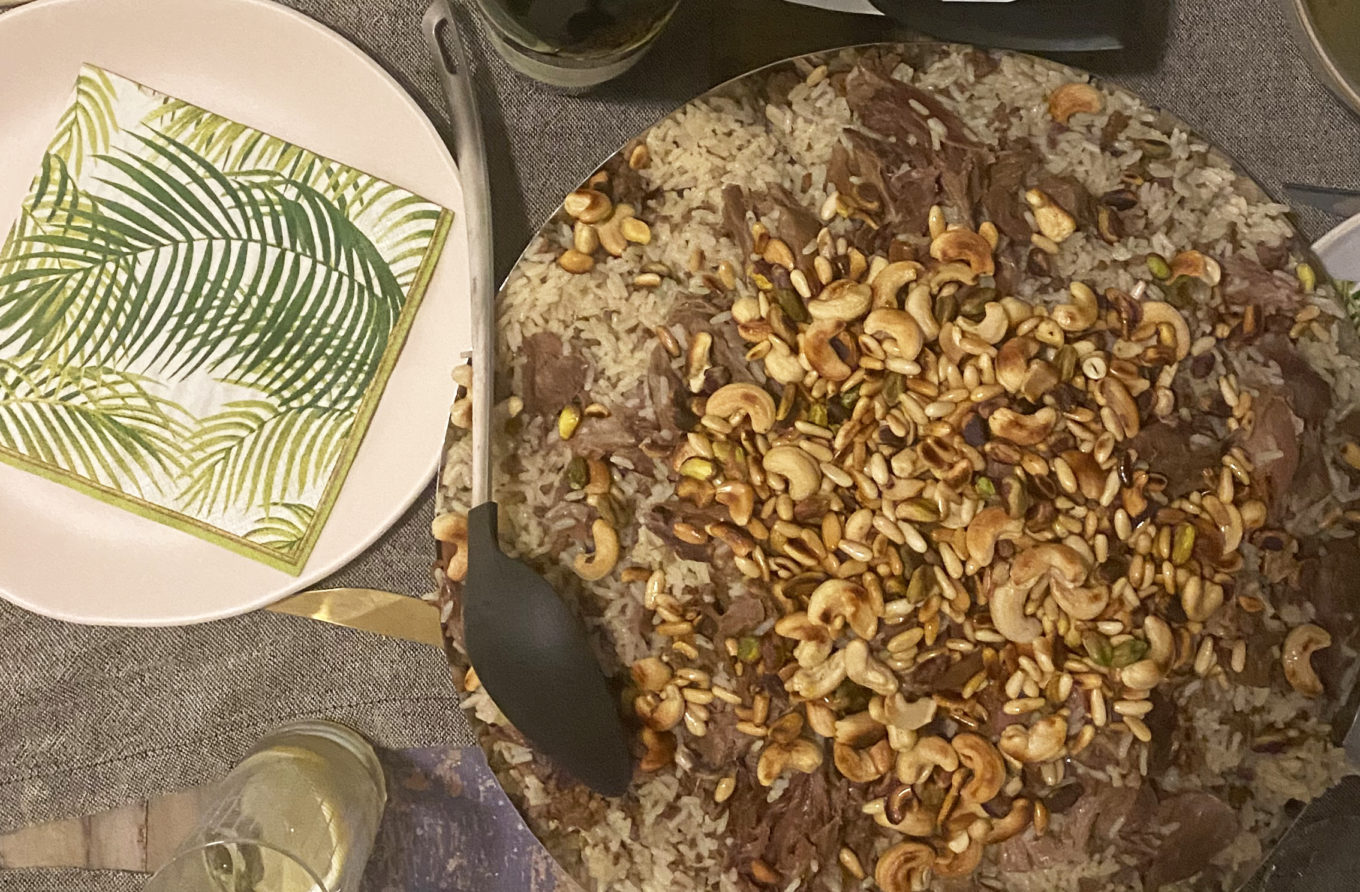 This dish is another one of my mother’s little miracles. It’s not too complicated to make but you have to get the flavors just right, and that means accepting how much fat goes into making it.

You start by searing the lambshanks in cooking oil, then boiling them with all the goodnesses. You deep fry aubergine. You use the lambshank drippings to fry and onion and minced meat. You add the cooked mince to rice.

Ma2loubeh means turned upside down, so the way this goes is, you debone the shanks, and place the meat at the bottom of a large pot. You add the rice and mince. You cover it with the boiling water from the shanks. Add the fried aubergines, and cook as you would normal rice.

“Try not to think about your cholesterol levels when making and eating this dish.”

In the meantime, deep fry some pine nuts, almonds, pistachios and cashew nuts. Golden not brown.

When 95% of the water has evaporated get the strongest person in the house to flip it onto a serving dish. Sprinkle it with the nuts. Serve with yogurt.

Palestinian version: A couple of things differ between my mom’s recipe and the traditional Palestinian recipe. (1) When putting everything together layer some sliced tomatoes at the bottom of the pot, then sprinkle with some rice, then add the lamb shanks. (2) Add cinnamon to the rice mix (3) Make 2 layers starting with meat, then rice, then aubergine, finishing with a layer of rice.

Tips: I eat my Ma2loube with some greek yogurt on the side.