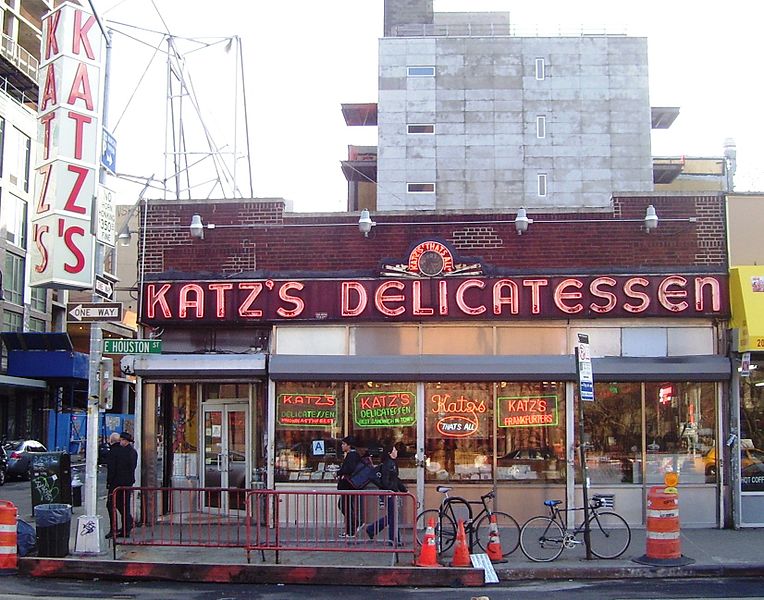 Image credits: Katz’s Delicatessen – by Beyond My Ken

This is the first in a series of Video content that I’m going to start featuring on the blog weekly. The idea for this series was born when I asked friends on Facebook to name their favorite food scenes and I got tens of suggestions. It was rather overwhelming and delicious, and it made me want to have a feast, but mostly it made me think of the beautiful way film can depict food, restaurants, meals, and sensuality.

I decided to start with this one because i’m in North America and i’m in a diner kind of mood (secretly plotting my next smoked meat Schwartz sandwich as we speak). This epic scene was filmed in a diner called Katz’s Delicatessen in New York City. But if you ask me, Katz’s itself sounds epic; its been around since 1888, and each week, 10,000 pounds of pastrami, 5,000 pounds of corned beef, 2,000 pounds of salami and 12,000 hot dogs are served there. I can’t even begin to imagine how much meat that is.

The famous “I’ll have what she’s having” fake orgasm scene.

Then it got me thinking about ‘Diner scenes’ in films. Diners are such an epic element of american film and they do form the most interesting backdrops for all sorts of stories, from detective stories, to love scenes to family drama. So I figured I might as well rally up some of my favorite diner scenes here.

To tip or not to tip? A group of color-coded criminals discuss the virtues of tipping in Reservoir dogs

And why not a diner scene from the French cinema. Watch how Amelie Poulain’s matchmaking work comes to a climax when she sets up Joseph and Georgette to be in the bathroom at the same time.

Benny and Joon diner scene. I’m not sure if it’s really funny or if i’m just not so secretly in love with Johnny Depp.

And of course no Diner scene roundup is complete without a Seinfeld clip although I could’ve picked one randomly given that they are all generally hilarious.