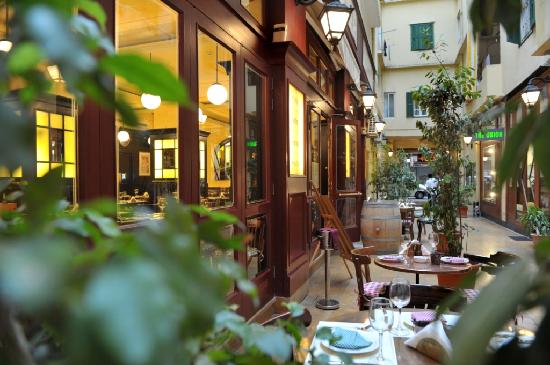 This photo of Couqley is courtesy of TripAdvisor.

I’ve been an eager fan of this restaurant since it opened, and I’ve even forgiven them for being suspiciously similar to the Balthazar in New York (check out their website here: www.balthazarny.com ), as they make up with consistently good food and great service. Being able to drink foreign wine that I can afford without it putting a dent in my monthly budget has also added a few points to their score. Couqley’s has got to be the only place in Lebanon (or at least Beirut) where french (and some new world) wine is served with an ‘honest’ markup from its supermarket price.

You’ve figured it out, I’m a Couqley enthousiast, and I loved the place a little bit more when I found out that they have an all day brunch menu on Saturdays. In Beirut it’s hard to find a good egg benedict outside of overpriced hotel breakfast, for which you have to wake up rather early as service usually ends at 11 am. 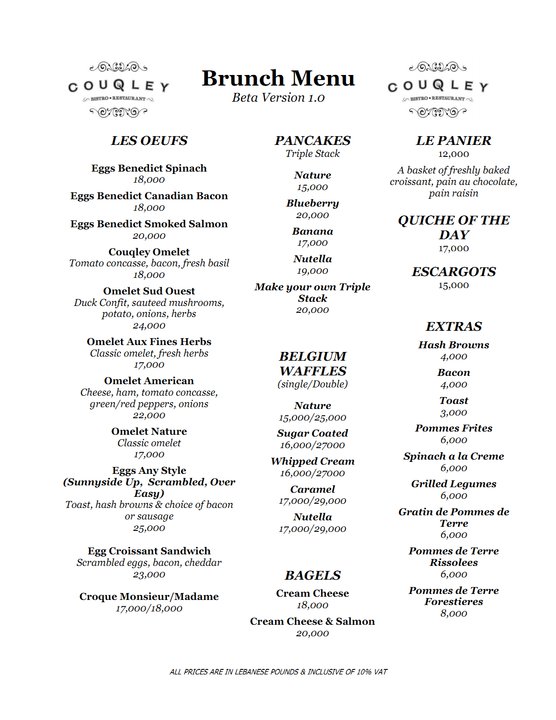 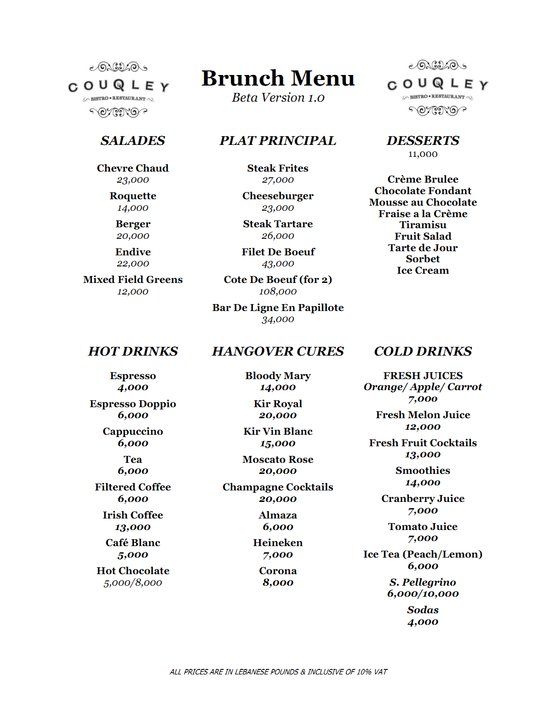 I was rather pleasantly surprised by their menu which mixed lunch time favorites with breakfast stars, cote de boeuf for the parents, and eggs benedict for the hungover children, who also have a whole section of drinks dedicated to curing their saturday morning nausea. All that’s missing is a couple of Paracetamol pills. 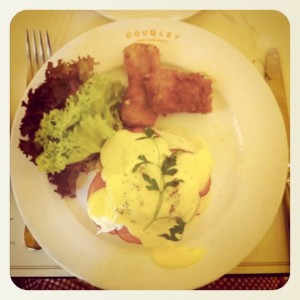 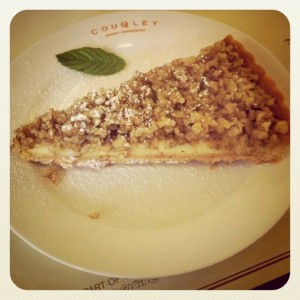 The eggs benedict were perfection. Beautifully rounded, oozing egg yolk, rich and thick creme Hollandaise contrasted by salty bacon. I would’ve loved another egg, but that’s just because I’m a glutton. The Hash browns were tasty and well seasoned, but the potatoes in them were processed which is not my favorite way of cooking them. I prefer them with grated potatoes, but to each his own.

The Tarte aux noix was yummy as always although slightly sweet. I just love the creme patissiere and the temperature as which the tarte is served.

I think I’m going to become a regular.

Next on the list: Duck Confit with sautéed potatoes, caramelized onions & fresh mushrooms